Testosterone prevents you from feeling emotions

Strong social ties are formed between “genetic like-minded people”. People with similar genotypes “find” each other on their own and under the influence of “artificial selection”: in hobby groups, sports sections and educational institutions. To form a strong friendship or just good 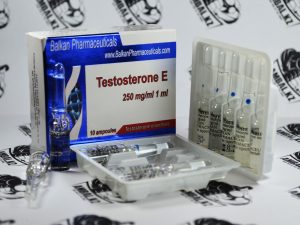 relationships, you need not only equally turned brains and common interests – you need to “feel” the mood and emotions of your interlocutor; predict his behavior based on signals given at a subconscious level. Such abilities (empathy) play an almost paramount role in family relationships and at work.

It is known that women more accurately guess the mood of the interlocutor and “smooth out sharp corners.” Moreover, this skill in women is innate, not amenable to “training”. Jack van Honk from Utrecht University and his colleagues note that women’s empathy also makes itself felt in psychological tests: men cope much worse with tasks for empathy and guessing emotions.

Scientists believe that the pronounced sexual dimorphism of empathy (it is higher in women) is the result of the presence of male hormones. In particular, testosterone, which “reshapes” the brain at the stage of embryonic development. It has been confirmed that the emotional characteristics and behavior of adolescents depend in part on what “portion” of testosterone https://en.wikipedia.org/wiki/Testosterone the child got during the period from the twelfth to the nineteenth week of intrauterine development. Testosterone affects a person’s ability to “understand and feel” the world around him and other people.