“Cat’s whiskers” will save you from allergies

Employees of the University of Nottingham have figured out how to beat an allergy to cats. And the “cat’s whiskers” will help in this. Of course, no one is going to shave our pets and make a miracle cure from their whiskers. The authors of the study used the expression “cat’s whiskers” in a figurative sense – “a method of fine tuning.” His scientists managed to develop after they figured out the molecular mechanism of the 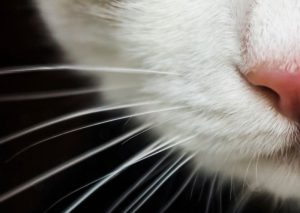 occurrence of an allergic reaction to cats – the most allergenic pets. In 40% of asthmatics, their disease is seriously aggravated if a cat runs nearby.
What is the cause of the allergy? The fact that microscopic particles of dead cells of the epithelium of a cat and its fur are mistakenly recognized by the “guardians” of our immune system as enemies. “Guardians”, or dendritic cells, raise the alarm, sending signals to other cells of the immune system so that they mobilize and deal with the “offender”, which causes allergy symptoms. Dr. Gam-Magami was able to identify proteins on the surface of dendritic cells that trigger this whole process. Since it is they who are at the “firing line”, their neutralization will not allow allergies to manifest themselves. This protein plays a role in the allergic reaction to both dog hair and dust mites.

Now we need to create a drug that can “turn off” these proteins for a while and prevent allergies from developing. Gem-Magami has 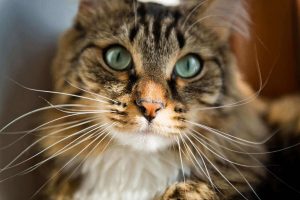 already begun work on a new allergy treatment, but it will be at least five years before the drug is put into production. Meanwhile, American researchers assure that the presence of pets will not only not cause an allergy in a child, but will also halve the risk of developing it. Scientists have come to the conclusion: it is better not to fuse pets to friends after the birth of a child, but to leave them at home. During the survey, scientists took blood from children and measured the level of antibodies to dog and cat allergens. It turned out that those children who lived in the same house with a cat or dog for up to a year are half as likely to suffer from allergies, since there are more antibodies in their blood. Ganesha Vegienka, head of the research team, explains: “Introducing animals at an early age prevents the risk of acquiring allergies when the child is older.”

Experts explain this fact by the fact that the immunity of a child living in a house that is too clean does not work one hundred percent. If the immune system https://en.wikipedia.org/wiki/Immune_system from the very beginning has to deal with the microparticles of the epithelium of dogs and cats, it “gets used” to this and does not throw out any tricks in the future in the presence of pets. That is why, from the point of view of scientists, there is no need to scold a dog that licks a child from head to toe: by doing this, she gives the baby an invaluable gift, “accustoming” him to the microbes contained in his saliva.